It’s been another very pleasant week indeed, depending on one’s perspective to some extent, I suppose. We’ve had fine weather – largely sunny and warm, but we’ve not had the rain which was predicted for Thursday and Penelope’s garden is feeling mighty parched. We can still water it ourselves until the authorities introduce the first hosepipe ban of the season but a thunderous outburst would be most welcome.

We had an absolutely splendid time with our favourite UN and Carter Centre diplomat. As I wrote last time, Mr Ryan had been attending a conference in Istanbul and kindly arranged his return flight via London so that he could come to stay in the Guest Wing for a few days. As always, he was a marvellous guest and we had a lot of fun.

Sunday we had a barbeque and Nick, Lucy and Annabelle came to share it with us. Being the modest sort of guy I am, I cannot tell you how deliciously Sandy’s salmon and pesto came out but it was bordering on excellent. And, the polenta cake with strawberries, raspberries, blue berries and Tesco’s finest Madagascan vanilla ice cream was simply out of this world. We played croquet and lounged in the hammock and it was just about as fine a day as they come. 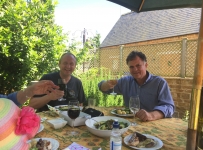 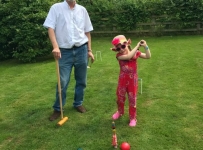 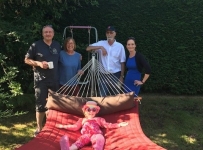 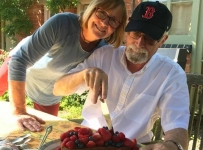 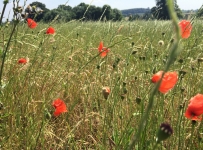 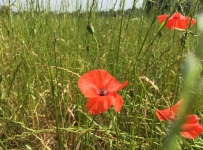 Monday we headed off to Hidcote Gardens which is probably our favourite National Trust property. The weather looked somewhat threatening as we drove across and Ms Playchute was insisting that we park the car in Mickleton and walk up the hill to Hidcote. We debated carrying our umbrellas but in the end took the gamble and set off without them. Thankfully, not only did the rain not come but it cleared and it was another glorious, hot sunny day. We trudged up through the wheat fields and spent a couple of happy hours wandering around the beauty of the gardens. They always put on a show no matter the season. 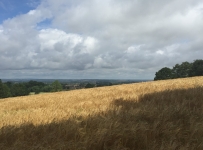 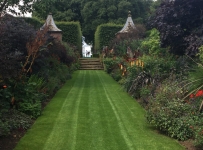 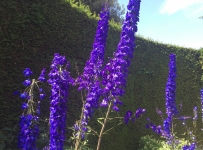 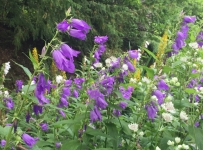 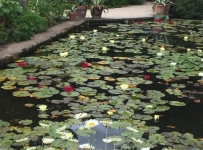 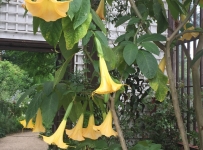 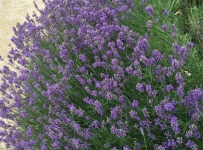 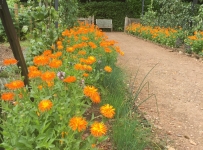 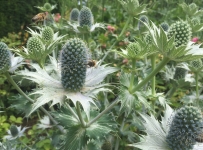 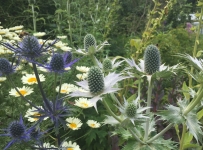 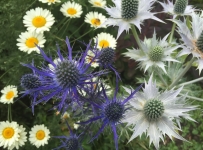 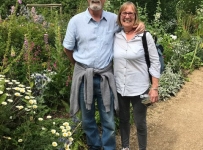 Tuesday it was off to Oxford for a visit to the Raphael exhibition at the Ashmolean Museum which was outstanding. What talent! As our tickets for the exhibition weren’t until 3.30 we stopped and spent a couple of happy hours wandering around the chaos that is the Pitt Rivers Museum. I guess most of you are aware of the Pitt Rivers but for those who are not it is a fantastically eclectic collection of all sorts of bits and pieces. The original collection was given to the university in 1884 with four conditions: (1) a new museum had to be built to house the collection, (2) the new museum had to be named for the benefactor, (3) the university had to endow a lecturing position in anthropology and (4) the collection had to be categorised by type rather than on a geographical or historical basis. As such, it is an utterly fascinating collection of some of the oddest and/or bizarre artefacts you will see just about anywhere and, as always, it was captivating.

Sadly, on Wednesday we had to take Jordan to the airport and slow the car down sufficiently so that he could jump out, grab his bags and make his way to the flight back to Atlanta. It was great fun and he’s promised to come again in the not too distant future. We hope he keeps his word as there is so much more to show him and enjoy.

Tuesday evening we had a couple of photos and a video clip from Adam – they’d had floods in Yangshuo! Lots and lots of rain in the mountains which dumped a huge amount of water in the rivers. The authorities had to open the flood gates at various points along the river to try and mitigate the situation but to no avail. I guess it might have been even worse had they not had any flood defences? The video is from the front of Adam’s bar and the photos are from round and about Yangshuo. The water in the bar was “only” about 40 cm deep (just over 15 inches) but it was up to a depth of about 150 cm (almost five feet) in the centre of town. Fortunately, they knew it was coming and were able to get some of their stuff on to higher levels but in Adam’s case the refrigerators and the air conditioning unit got wet. They’re hoping that when it all dries out they will still be operational. Keep your fingers crossed.

We’ve had a couple of visitors over the weekend – Branston, the black lab from next door and Berry, the terrier from the other next door – and most welcome visitors they are too. Branston will be with us for two weeks while his family are on holiday; Berry is just here for the weekend as her family attend a wedding. Not surprisingly, they both know where they can find the love and affection they require – I’m quite happy to speak with them and give them the occasional scratch from time to time. However, they only have eyes for Pen.

As an example, on Friday morning Pen gets up very early to go swimming and I lounge in bed for a couple of additional hours. When Branston finally heard me coming down the stairs he made a beeline from his position on the sofa to meet me. One quick sniff and it was obvious that I was not Penny. He turned and sadly slunked off back to the sofa to await the return of his one true love.

Some sad (?) news – the pub across the road, the wonderfully named Four Candles, has closed after only just over a year of business. It’s sad in the sense that every village should have a local hostelry; it’s not all that sad in the sense that we won’t be disturbed by raucous inebriated youngsters on the three or four pleasant summer evenings we get each year. When we moved in to the village there was general excitement and anticipation – the pub, which had been closed for ten years of so, was due to open later that year. In fact, it took about another nine months before it finally opened its doors and then another eight months or so before the kitchen finally opened. The couple running it were nice and pleasant enough but unfortunately he/they completely misjudged the market. He spent way too much money converting an old village pub into a more modern “gastro-pub” for which there was not a great demand locally. And, once they started serving food I’m afraid to say it was pretty “ordinary” which is too bad – we quite fancied being able to decide not to cook of an evening and wander across the road for a tasty treat. To make matters worse, there are a number of very good pubs within easy striking distance which not only have a pleasant local village pub ambiance but which also serve very good food.

The continuing Brexit chaos was marked this week by a request from the CBI (“the UK’s premier business organisation, providing a voice for firms at a regional, national and international level to policymakers”) that there should be an “indefinite” transition period where the UK would remain in the Single Market and Customs Union, i.e., Let’s Call the Whole Thing Off. Given that such an arrangement would require that the UK continue to allow free movement of labour “indefinitely” it’s a proposal that is not going to be very popular with the racist Brexiteers. So basically, just about everyone is now saying Brexit is going to be a disaster. Let’s see how much notice the government takes – don’t hold your breath.

And finally, Angela Rayner, a Labour MP, made a comment in the House of Commons which I found very funny. But first, for our American readers, a bit of context.

Arlene Foster is the leader of the Democratic Unionist Party in Northern Ireland. The DUP are just about as right-wing as it’s possible to be in British politics – vehemently opposed to gay rights, utterly opposed to women’s rights and even more strongly opposed to any rights for Catholics in the province.

Due to her failure to gain an increased majority in the General Election, Theresa May was obliged to seek an “understanding” with the DUP so that their ten MPs would vote with and hence prop up the Conservative minority government. Fair enough – they were always likely to support the Tories’ measures in any case. Their price, though, for entering a formal “agreement” (but not a coalition – that would have been a step too far) was an injection of funds into Northern Ireland amounting to £1.5 billion. So, a bribe basically.

Not surprisingly, the Scots and the Welsh have said they would welcome a similar investment in their provinces as well and political opponents across the spectrum have contrasted the sudden availability of £1.5 billion for the DUP with the lack of money to pay for improved wages for the police, firemen, doctors and nurses, teachers and everyone else in the public sector who have had “negative” pay rises for the last seven years under the Tories’ Austerity policy as they [the Tories] continue to fail to bring down the deficit. During the election Theresa May had declared there was no “money tree” that one could shake to pay for these wage increases yet suddenly, she found it after all and was able to shake down £1.5 billion to bribe the DUP. Clearly it’s more important that her government should survive than to mitigate seven years of real term wage cuts for those on whom we all depend.

So, that’s a lot of context to help you understand Ms Rayner’s comment:

Arlene Foster is the most expensive right winger since Cristiano Ronaldo.

And, if you don’t know who Cristiano Ronaldo is you’ll have to look that up yourselves!

And finally, finally, who is that streaking ahead to win the Reception Class Sports Day race?