What a busy, busy week! It’s been non-stop and we’ve even had to pull through some double-headers in our social calendar. Whew! I need a rest.

On Tuesday we had our dear friend Mary Tomlinson for lunch. Although she lives in Rugby now she still swims at Helidon which is not that far away. So, she sometime rings up and arranges to drop in when she finishes. It’s always nice to see her and to catch up on her many activities.

Then, on Tuesday evening, we had Helen and Inayat for dinner. They are our former tenants in the annexe in Byfield who moved to Moreton Pinkney shortly before we did. They bought their own place just before Christmas last year so, again, it was great to catch up with them and all their exciting activities and travel adventures.

Wednesday was easy, only one visitor, Pippa Timings, who came for lunch. Pippa is one of our oldest friends and some of you will remember the marvellous place they had at Whitehills just outside Winchcombe when our respective kids were small. You had to let yourself in through a field gate and drive across two ridge and furrow fields to reach the cottage. It had no electricity and no mains sewerage (not even a septic) so a dilapidated diesel generator provided what electricity they needed in the evenings and a chemical toilet odoriferously graced their bathroom. Part of the cottage even fell away one night while the kids were sound asleep in their bedroom. Wacky times.

Thursday was another double-header. Our lovely friend Vicky came for lunch and she and Pen took themselves off to Coton Manor Gardens while I pushed the lawn mower around the estate. Once again, they had a great time catching up and not long after she drove off we had our fifth (and final?) visitor of the week. Our good friend Sue Heap, the children’s book illustrator, who often comes on a Thursday evening for dinner, a sleep-over and an early morning swim with Ms Playchute arrived to entertain us with tales from her recent travels.

Time for a rest.

I guess many of our American readers will have enjoyed the eclipse this past week, even if you weren’t on the path of totality. Here there was a sliver of a partial eclipse but as is so often the case, the skies were cloudy and overcast and we wouldn’t have been able to see anything had we tried.

Still, there were some fabulous photos, of which there is a selection below. See if you can spot the one which more closely resembles a glow worm sent to us by a loyal subscriber in the Pacific Northwest. 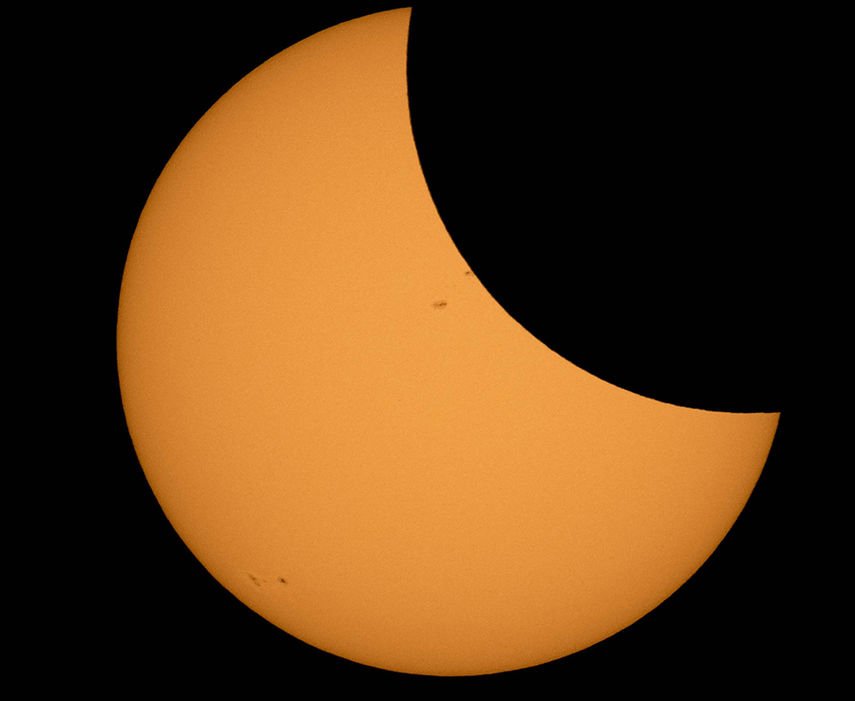 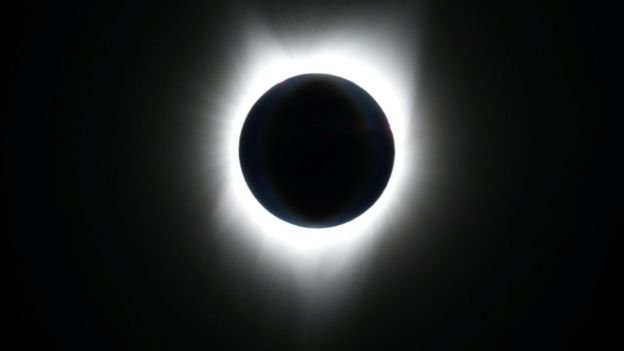 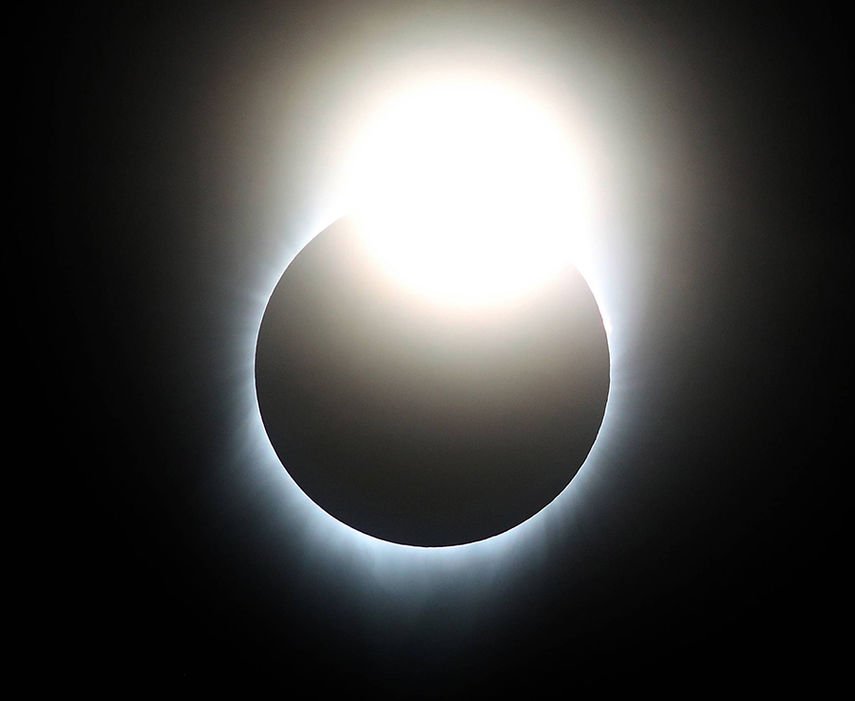 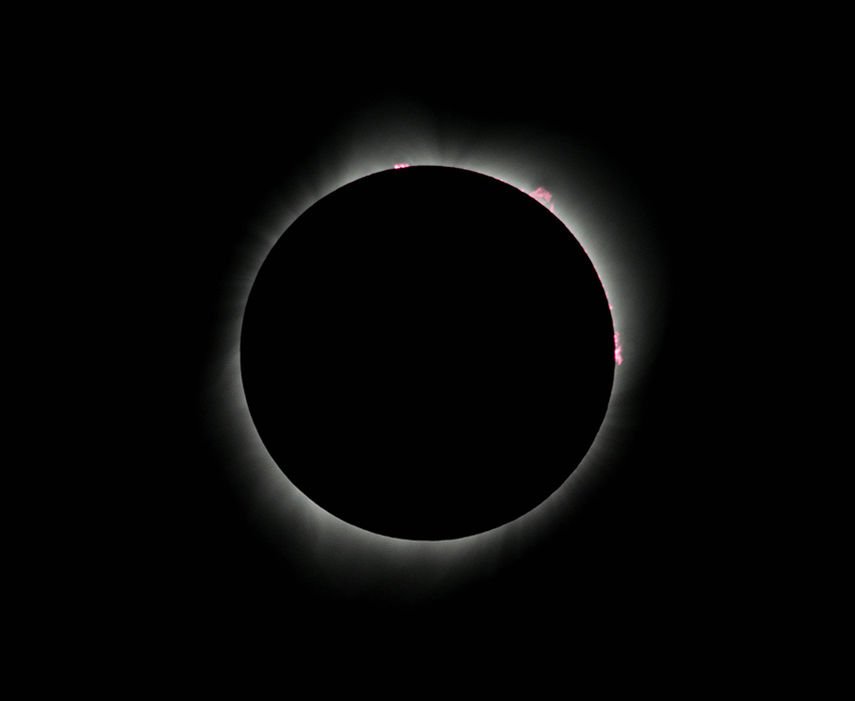 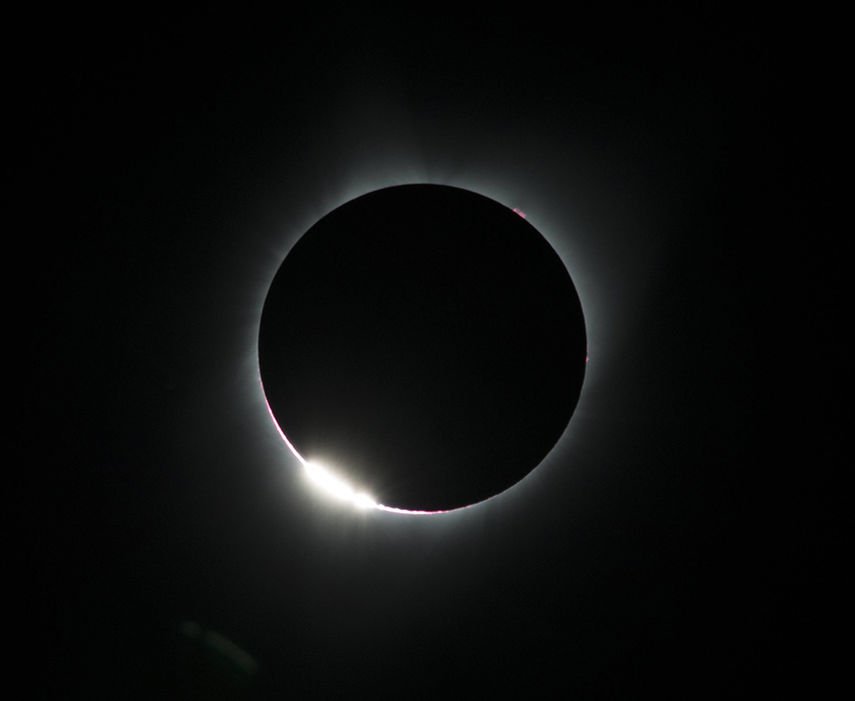 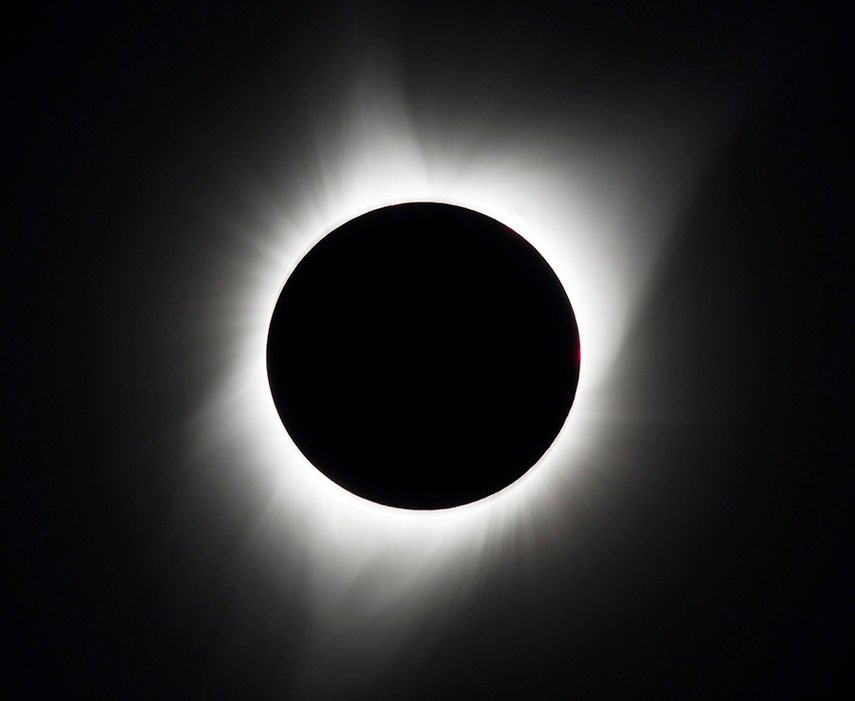 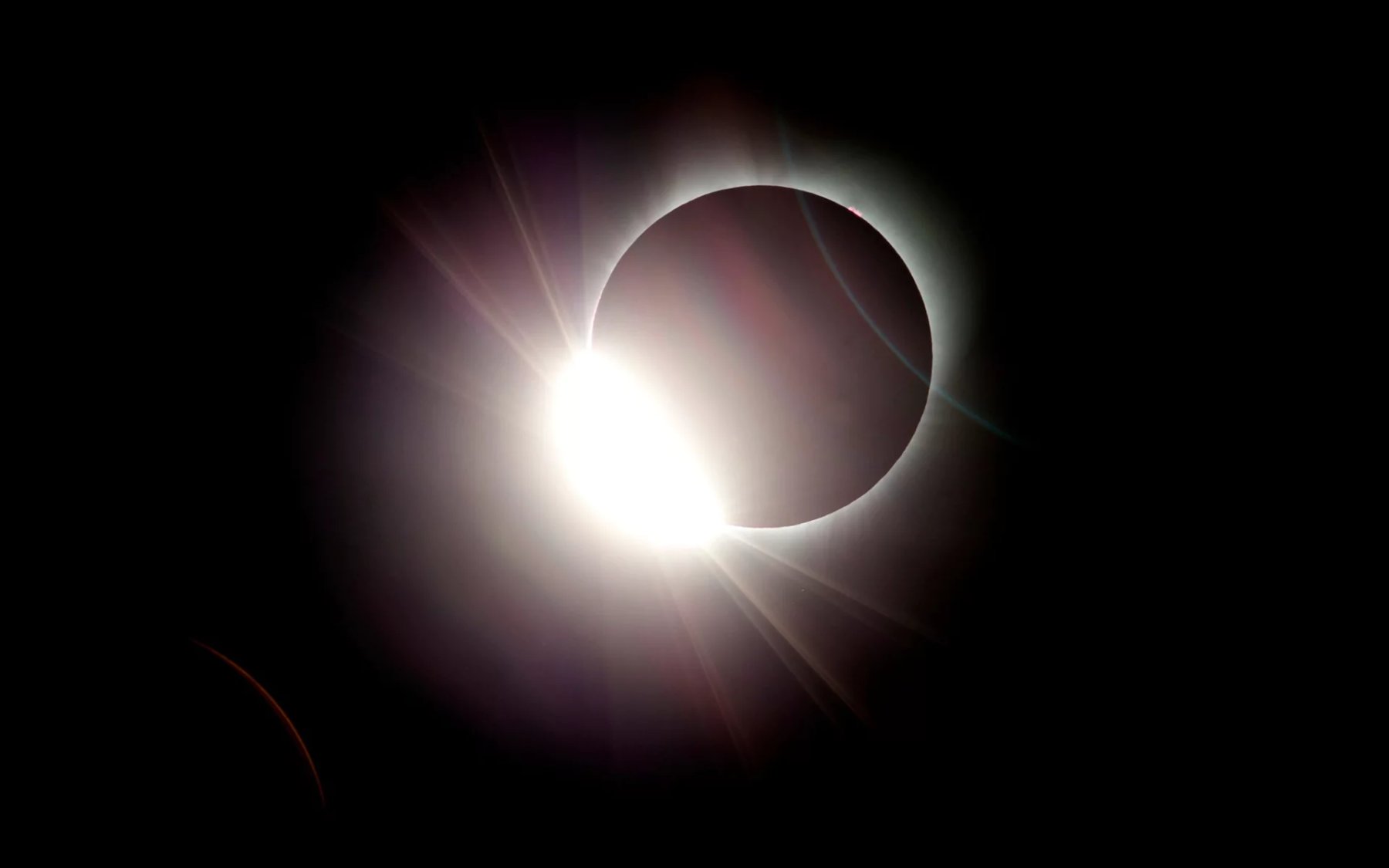 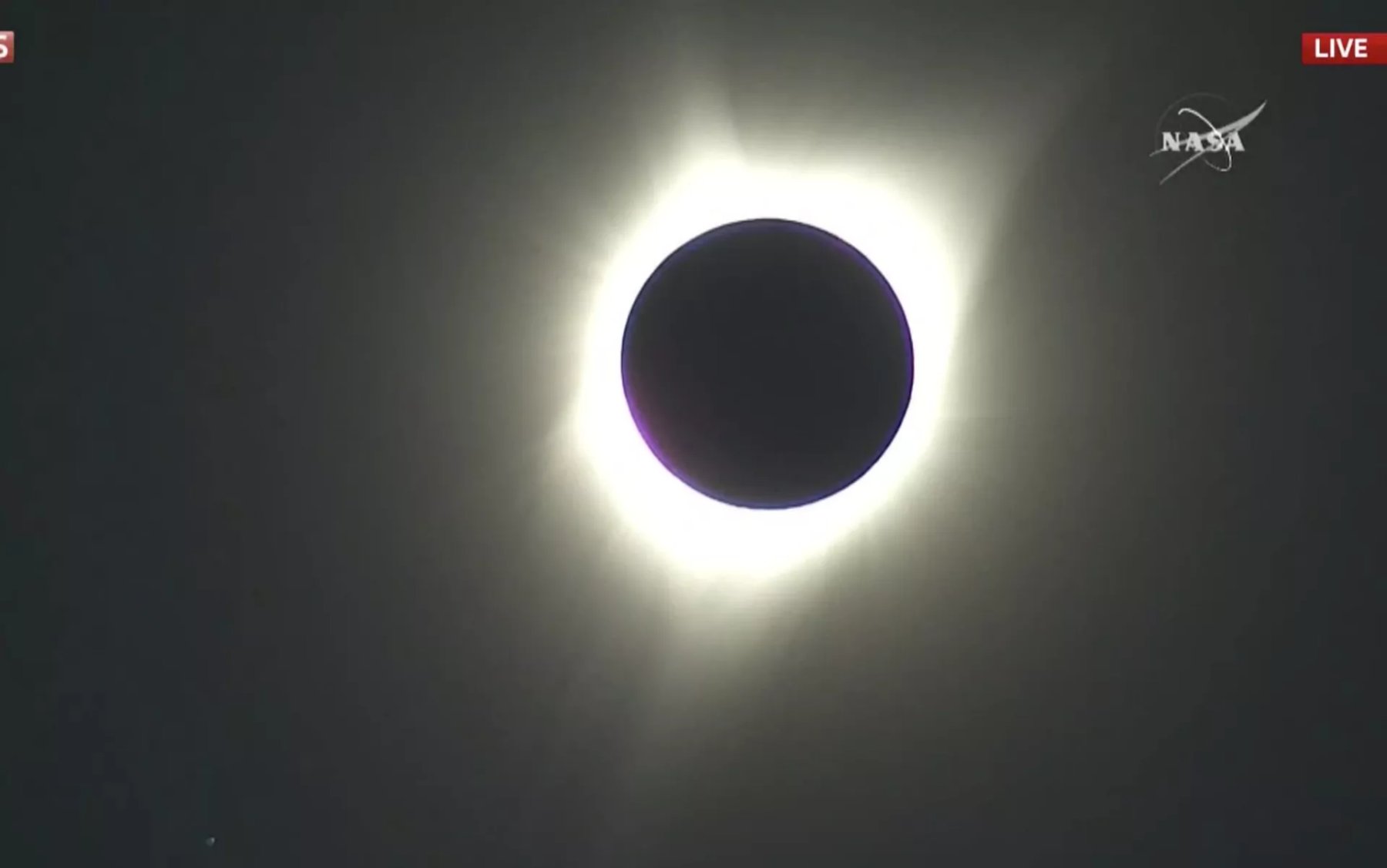 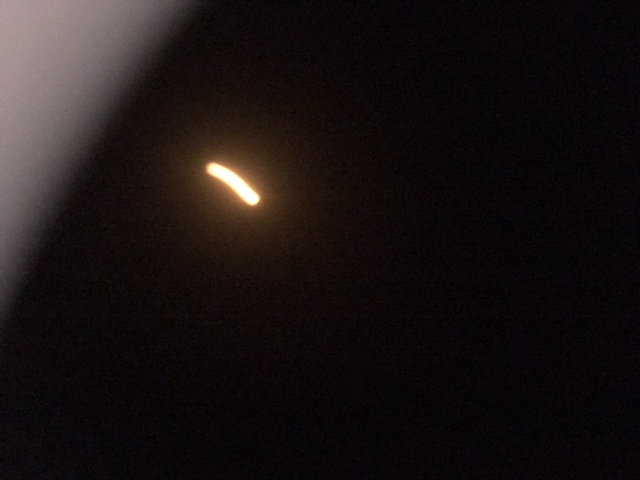 This week’s Brexit comment – another example of the government making policy based on rumour and falsehood rather than being in any sense informed by evidence.

For years Theresa May has maintained that immigration is too high and the 100,000 or so foreign students who come to the UK to study each year were part of the “problem.” She and successive Conservative governments have consistently pledged to get immigration down to the “tens of thousands” to appease the racists amongst her supporters and have consistently failed to do so. A report published in Friday’s Guardian, however, has shown that her position on students is utter nonsense. Rather than the 100,000 or so students who are seen as immigrants by the government each year, the vast majority go back to their home countries after they finish their studies and hence are not immigrants at all. They’re simply here paying their fees and spending money before going home again.

As John Crace wrote in his column on Friday:

Bloody foreign students. Coming over here to our universities and then going home.

So, just as the government announced an investigation into the economic benefits of immigration a couple of weeks ago (more than a year after the referendum) they’ve now announced an “expert” review into the economic benefits of foreign students which, interestingly, won’t report for another year. So, as we race headlong into the Brexit abyss, the government continues to ignore the evidence (or even to care about the evidence) having made up the policy in the first place.

As I frequently write you couldn’t make this stuff up but, of course, that’s exactly what this government does. Make it up as they go along.

And I don’t even have time this week to comment on the publication of some more of the UK position papers for the continuing Brexit negotiations which persist with the fantasy of having all the benefits of free trade with Europe without any of the obligations of membership. At what point do you think the penny will finally drop?