Wow! What another great week just whizzed by. We’ve had great weather, went up to town again (twice), enjoyed a primary school sports day under a blazingly hot bright blue sky and tromped up and down Edgehill with Penelope’s walking group. What’s not to like?

Last Saturday we took ourselves off to London to join the People’s March for a Vote, organised by a group lobbying for a second referendum once the terms of the final Brexit deal are known. Given that it’s now been two years since the vote and the government still don’t know what they want let alone what terms the EU will agree to, it seems a not unreasonable request. People certainly didn’t know what outcome they were voting for during the referendum! The march was a lot of fun and reminded me of those days all those years ago when many of us joined similar marches to protest all manner of things. It was good-natured and good-humoured throughout (and the brilliant sunny weather certainly helped), and there certainly were an awful lot of like-minded people. I have to confess to being not too optimistic about Brexit being anything other than the dog’s breakfast which every sensible and sane person has predicted, but I would love to be proved wrong.

Thursday we were off to town again, this time to see the Royal Academy Summer Show which was excellent once again – we really enjoyed ourselves. The Summer Show features an eclectic selection of art of all sorts, shapes, sizes and medium by members of the public through an open submission and members of the RA. My favourite was the Banksy, Vote to Love, which was priced at a mere £350 million. Coincidentally, that is precisely the figure that the looney Brexiteers blazoned on the side of their campaign bus as the amount that the UK paid into the EU coffers each week. Their pledge was to use this money to improve the NHS instead, a clever campaign tactic which persuaded many people to vote Leave. In fact, the £350 million was a lie at the time (it took no account of the rebate the UK receives nor the amount spent on EU projects in the UK) and is even a bigger lie now.

There were dozens and dozens of really nice pieces. Here are a handful of the ones which caught my eye. 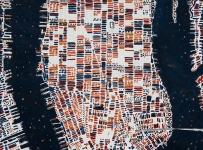 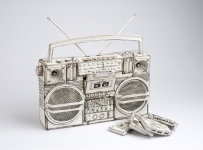 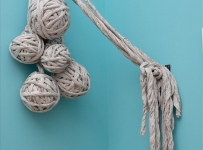 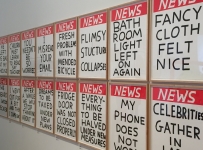 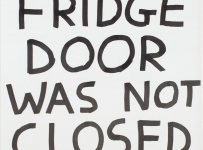 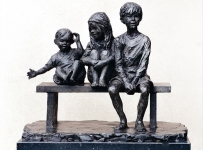 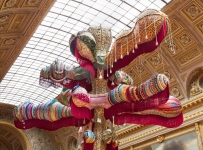 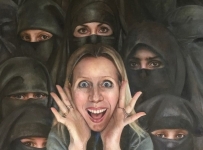 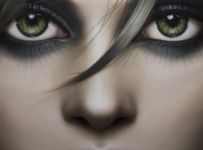 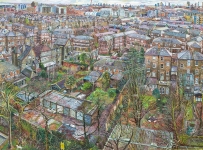 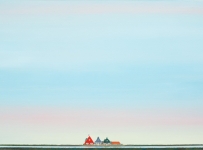 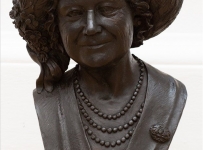 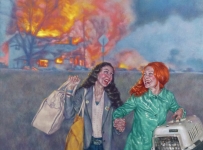 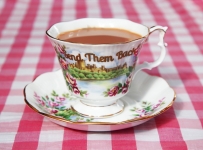 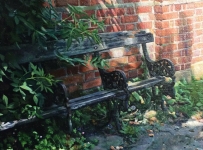 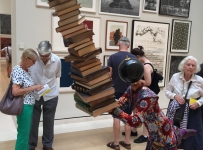 You can look at more by browsing the Royal Academy site. If you choose the option to Browse the Galleries you can see just about every piece (I think).

Friday we were off out early once again, this time to Barford to watch Bubble’s Sports Day. Again, the weather was blazing hot and the kids participated with great enthusiasm in all their races. I was delighted that Annabelle is following her grandfather’s exploits of running very fast – she came first in the Year 1 sprint! Afterwards we had a glorious picnic on the playing fields before the kids had to go back into school and pretend to do some work for the last hour and a half of the afternoon.

Finally, yesterday Penelope’s Walking Group took an expedition to Edgehill and Radway, a favourite stomping ground of ours and successive generations of golden retrievers when we lived in Radway. I was obliged to brush up on my recollections of the Battle of Edgehill in order to provide a history lesson while surveying the view over the battlefield. It’s still as gorgeous as we all remember and the view from the top is spectacular.