It’s been a great(ish) week. The weather has been mixed and we’ve been passing a cold around amongst ourselves but we’ve had an excellent, excellent time with our visitors. We visited Coton Manor, Edgehill and Sulgrave in the week, Ben and Brex-Anna went to Paris and back (and we and Max survived each other in their absence), and we had a great family dinner with all our boys, their wives and our grandchildren together. Priceless.

On Monday we took ourselves off to Coton Manor again, this time in the company of Ben, Brex-Anna and Max. As well as the lovely gardens which are always a pleasure to enjoy, they have a small bluebell wood through which we had a stroll. The bluebells put on a decent show but it was mainly overcast and the bluebells were still a bit sparse. There was a notice imploring folks not to stray off the paths and trample the bluebells so I guess there may have been some damage in the past which has perhaps affected the current show. Sadly, the sun only peaked out a few times while we were there but when it does it is a magnificent spectacle – the lovely deep blue of the bluebells, the startling effervescence of the bright new green on the trees and the dappled sunshine through the beech and ash is truly glorious. Sorry the photos don’t do it justice. 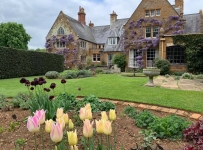 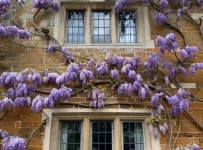 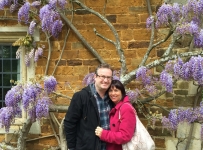 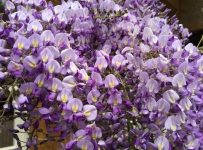 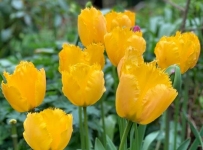 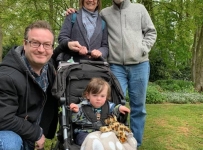 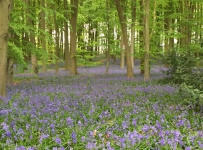 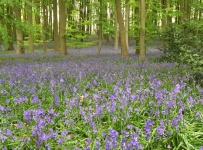 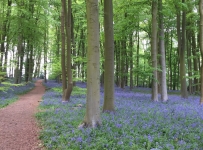 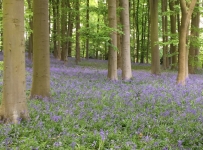 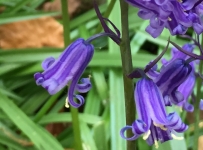 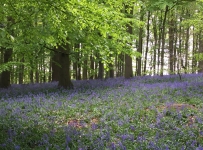 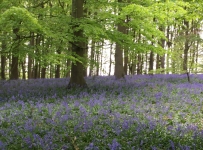 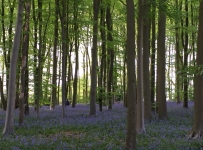 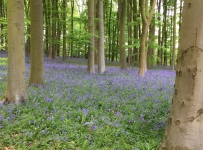 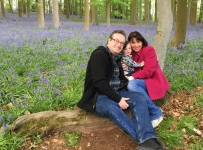 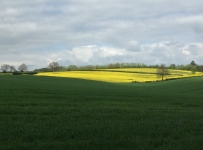 And thanks to Ben and Brex-Anna for some of these photos.

Ben and Brex-Anna took off early Tuesday morning to catch the train to London and then the Eurostar to Paris, a very civilised way of making that particular journey. They were gone two days and came back late on Wednesday evening having enjoyed some sunshine, good food and wine and also the excitement and the spectacle of the May Day demonstrations by the gilets jaunes.

Because of the holiday some of the places they had hoped to visit were closed but they made up for it with what sounds like a marvellous evening of wine tasting. It’s hard not to have a nice time in Paris, I think.

Meanwhile, we had the pleasure of entertaining Max the Magnificent during his parents absence. He really is a happy chap and had no concerns whatever about  being abandoned nor any misgivings about the couple of relatively complete strangers who seemed to assume the responsibility for his well-being.

The slide on the playhouse was a great success although the swing, installed specifically for his visit, was less attractive. Perhaps next time. He delighted in throwing himself down the slide in all sorts of orientations. His favourite seemed to be feet first on his belly. Sorry I don’t have a photo – Penny and I were both too occupied ensuring our grandson didn’t fall and injure himself on our watch!

As he streaked to the bottom I was waiting to whisk him in the air before he landed flat on his face. Not only was this hilarious but it had to be repeated again and again and again. And again. In the end it was Grandpa who got tired long before he did. All the exercise certainly tired him out and he slept through the night for us and was happy as Larry when he awakened. (Who the hell was “Larry” and why was he happy)?

Oh my goodness it was a lot of fun but seriously, it’s hard work looking after a one-year-old, isn’t it?

We all had a fun day out on Monday – we went over to Edgehill to see if we could recreate a photo we have of Ben and Penny when he was an infant. Penny remembered pretty well where it was taken and we found the ridge pretty easily but we couldn’t quite get the appropriate perspective. Oh well, it was a good adventure and we enjoyed a very pleasant lunch at the Castle Inn afterwards. Win, win.

Ben and Brex-Anna and Max had to leave on Saturday so on Friday evening we had a grand family dinner. Nick, Lucy and Annabelle came across and we feasted on Sandy’s Salmon with Pesto, Amy Potatoes and fresh picked asparagus from the farm down the road. Delicious. 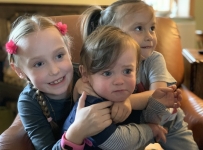 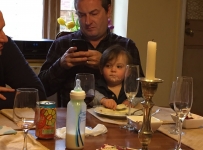 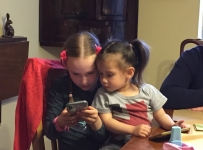 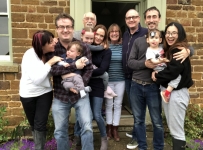 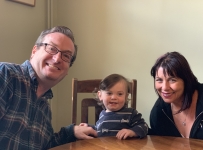 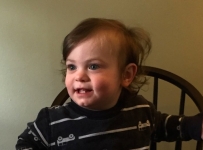 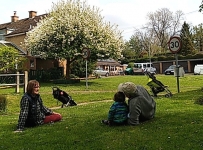 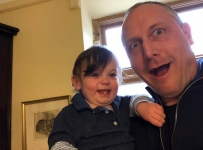 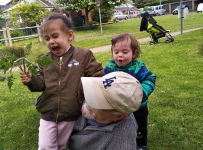 The travellers set off on Saturday for the airport and their flight back to Los Angeles. We’ve enjoyed their visit immensely and Max the Magnificent is a Wonder Boy. Marvellously, we’ll be able to see them again in October when we venture out west again.

Aside from all that excitement, the builders continue to make good progress on the kitchen extension – things just keep getting taller and taller. They are up to lintel height on the windows and will start building up the gable end next. The couple of steel joists are ordered, I gather, and once we get those in place the roof will somehow magically materialise.

And finally, two cartoons from my New Yorker desk calendar this week which made me laugh. Actually, most of the cartoons make me laugh but these two were very cute, I thought.

And finally, finally, I wrote last time (I think) about our swallows returning. Here are two checking out the available accommodation along the eaves of Framington House. They will have to be quick though as we are essentially fully booked with lots of to-ing and fro-ing and swooping and sailing as they prepare for the new arrivals.

(Our neighbour Judy took this photo – much better than any I have managed to get so far this year).