What a glorious week – lovely sunshine and blue skies for much of the time. Much progress has been made in the garden and on the building site. We also had a splendid day out with friends on Sunday and voted in the European elections which we never thought would take place! By the time you read this Mrs May could be gone as the country slides further and further into the abyss. Hey ho, what are you going to do?

Last Sunday we set off to join friends for Sunday lunch in a beautifully lovely Cotswold pub followed by a tour of the fabulous gardens at Westwell Manor near Burford, described as “One of the most beautiful gardens in England.”

The lunch at the Maytime Inn in the charmingly beautiful village of Asthall near Burford was “good” for most of us but somewhat disappointing for our vegan friend Sue. In spite of having been assured three or four days in advance that there would be plenty of options for our vegan companion, when we arrived the staff seemed to be utterly unaware of our previous enquiries. The vegan starter option was a Beetroot and Goat’s Cheese salad. Without the goat’s cheese, obviously. In other words, a few bits of beetroot and some salad leaves loosely scattered around the plate. The main was a tomato and lettuce salad. A copious quantity of tomatoes, to be sure, but that was it. A salad for starter and a salad for the main course. I would have given them a No-Star review on TripAdvisor but zero is not allowed so a one-star review it was.

To be fair, the Sunday roast pork lunch was very good and the brownie with caramelised banana and vanilla ice cream was delicious. But, it’s a poor show to have essentially no choice for vegans and doubly disappointing as we had enquired beforehand!

In contrast, the visit to the garden at Westwell Manor was outstanding. The Manor House dates from the 16th century and fronts on to the quintessential village green with pond. It’s been added to on several occasions throughout the centuries but the gardens in their present form were the design of Anthea Gibson, the wife of the owner, and a merry band of gardeners, I dare say. It wasn’t the greatest day when we visited but it was still lovely in spite of the overcast skies and a shower. The garden is divided into Rooms and as we wandered from one room to the next there were so many lovely corners where one could easily imagine curling up with a book on a warm summer’s afternoon.

There are a couple of tranquil water features but also a very imaginative and bold use of topiary to make a statement? OK, the penis and breasts are pretty easy to see but can you spot the steam locomotive? 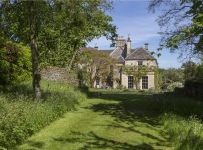 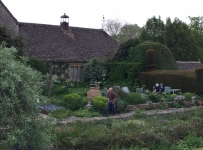 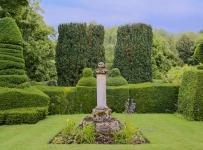 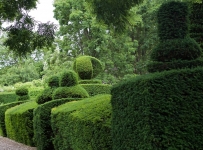 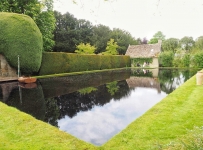 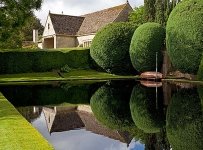 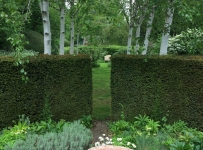 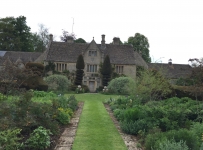 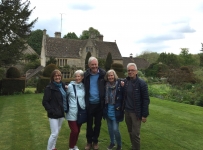 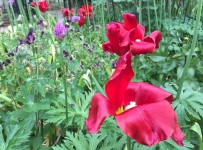 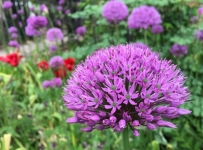 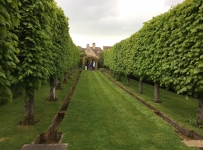 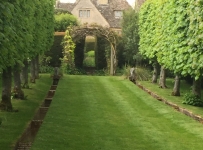 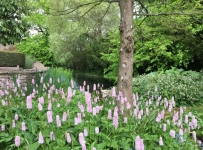 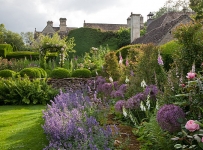 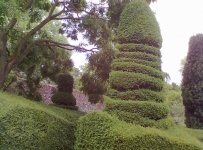 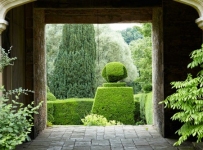 A really nice outing rounded off with a tasty bit of cake on the green afterwards.

I guess you’re all pretty much up to speed with the Brexit-related nonsense and the final death throes of Mrs May’s government. Since I tend to jot these notes earlier in the week, I have no idea what’s going to happen and it may all have changed by the time you read this! If Boris becomes PM I despair.

Stop Press: So, now we know that Mrs May will be (finally) resigning. She’s sticking around just long enough to hold hands with Donald Trump again (why would you want to do that again?) but then she’s out. We’ll have a new Prime Minister sometime in July but, of course, we don’t actually get to choose – the members of the Conservative Party, all 120,000 of them the majority of whom are overwhelming white, old, and wealthier than the average Brit and also somewhat to the right of Genghis Khan, will elect their new “leader” and we get saddled with whomever they choose. Isn’t democracy great?

The Guardian had a piece on Mrs May’s legacy on Saturday – “a miserable and poisonous legacy” as they put it. She has, I think, overtaken Cameron in the contest for Britain’s worst Prime Minister – he buggered off when the shit hit the fan; she twiddled her thumbs while the shit flew all over the country.

We’ll hear tomorrow the results of the European elections which none of us thought would happen. We voted on Thursday but the rest of Europe doesn’t finish their voting until this evening so tomorrow we should hear how dire it will have turned out for both the main parties, both hopelessly divided. Very odd feeling voting in an election in which those elected may serve only a matter of weeks.

As a distraction from the current government paralysis, how about all you could ever want to know about the newest royal baby? I spotted this magazine on the shelf at the petrol station the other day – 143 pages!

We’ve made great progress on the building this week – the good weather certainly helps. The roof is beginning to go up and the next phase of Penelope’s landscaping project is also beginning to take shape – the path from the house and patio up towards the vegetable garden and orchard. We did have a brief setback when Adam noticed that, in erecting the roof rafters the builders had left an opening for the skylights on one side of the roof but not on the other. That’s what they had been told. Oops! A quick phone call to Building HQ and the error was acknowledged. Thankfully we spotted the problem before the roof was felted and battened out or there would have been some considerable wailing and gnashing of teeth, I suspect. Oh those pesky builders – you have to keep an eye on them all the time! 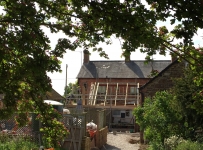 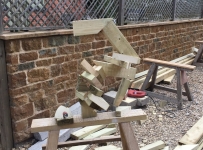 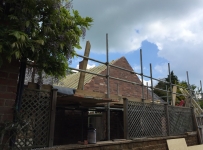 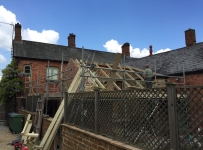 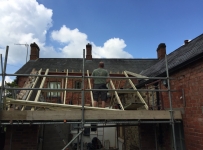 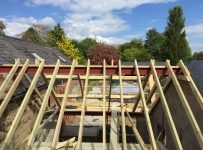 And Wood End is looking lovely in the sunshine. 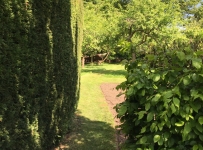 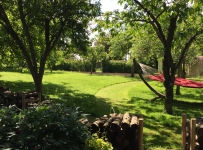 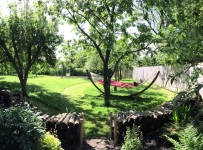 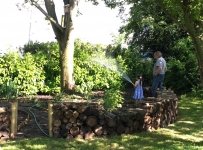 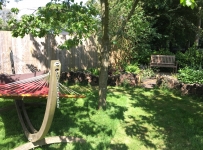 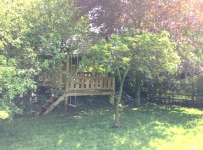 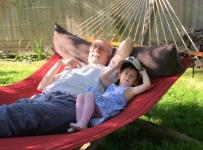 Finally, did you read about the former care worker who has inherited a £50m country estate after a DNA test proved he was the son of its deceased owner?

As some of you know, I’ve been dabbling a bit in uncovering more of our family’s collective ancestry and so far I’ve made some interesting discoveries. We have a direct connection to Henry FitzRoy (Henry VIII’s only recognised illegitimate son), and a collection of other Tudor nobles including the Duke of Norfolk and his nieces Kathryn Howard and Anne Boleyn, as well as Queen Elizabeth I.

Sadly, though, a DNA test will not cement our claim to the British throne – our connection to these Tudor nobles is only through marriage or via a brother or sister here and there. I might be able to pull a Dukedom out of the hat but there are still an awful lot of royal hangers-on ahead of us in the line of succession. Not that it’s a job I would want anyway, I think.

If you would like a brief summary of our connection to, say, Queen Elizabeth I, there is a list of the relationships here.