It’s been another busy, busy week. What are the chances of that? We’ve provided some guest accommodation for an old college friend of Penelope’s, we celebrated not one, not two but three birthdays – all on the same day! Great progress has been made on the garden and the building and all this when the weather has been mixed. My goodness, what could we achieve with an uninterrupted spell of good weather?

We received an e-mail out of the blue a couple of weeks ago from a friend who was at teacher training college with Penny way, way, way back when. Pam Brown has lived in the States for much of the time since leaving college and although we’ve seen her once or twice in the intervening forty plus years, it has been quite some time. She was in the UK visiting some family and friends and was able to drop in for a couple of days at the weekend. Great to see her and to catch up.

Pam’s visit provided all the excuse we needed to organise a family barbeque and to incinerate some of Sandy’s salmon with pesto. It also provided Nick and Lucy with an opportunity to present Penelope with an assortment of birthday gifts as they were to be away in Chester during the week. Exactly why Annabelle and Jessica decided that the path required further excavation is beyond me. 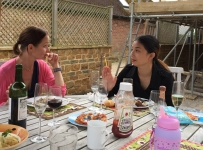 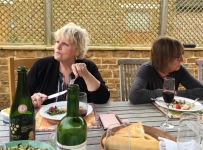 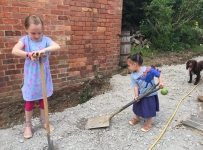 We had Pen’s birthday on Tuesday to celebrate which didn’t require much effort as it is also Jessica’s birthday on 28 May. As you might imagine, a three year can get very excited by a birthday so it required little excitement on our part – there was more than enough to go around. As it happens, Tuesday was also the birthday of our lovely neighbour Jean so we had a triple helping of cake with sufficient candles for Jessie to believe she’d had her money’s worth.

As a birthday treat later that evening we felt compelled to drag our sorry backsides out to the Crown Inn at Weston which, as always, was dependably dependable. The Crown is always reliable – the food is good and the atmosphere is very pleasant. However, since we’ve been going there (for the past three years) they’ve not changed their menu once, I don’t think. Apart from putting their prices up, of course.

This time, though, as we were handed our menus the waitress explained that the belly pork was unavailable. Of course, I made a pretence of slapping my forehead and announcing loudly that I had been looking forward to the pork all evening. After they realised that I was not serious the landlord explained that they were about to change their menu! Hallelujah! I’ll let you have a full report when we next visit.

We’ve continued to make good progress on the renovations required on Penelope’s vegetable garden. I won’t reveal too much at this stage only to say that we’ve carried out lots of excavations, shifting and carrying dirt from one spot to another. Adam and I, of course, did all the “hard” work – all Penny has to do is dig it all over, plant some vegetables, tend them carefully, net the produce against the birds, till and weed the soil and finally pick and cook the marvellous vegetables. Easy!

The warming weather is beginning to bring out the best in Penny’s front path. No wonder she won the prize for best roadside garden last year.

The builders continue to make good progress. We now have a roof with lots of rafters and, thankfully, openings on both sides of the ridge for the roof lights. We also have the foundations for a lovely paved path up the garden from the house leading to the vegetable garden and the orchard. It’s going to look grand.

On Thursday we set off to meet up with our friend Vicky and to visit the Hill Close Gardens in Warwick. I only heard about these gardens by chance a few weeks ago. We had absolutely no idea they existed but apparently they’ve been about for almost 15 years! And it’s not as if we’re particularly far away from Warwick.

Hill Close Gardens in Warwick are rare survivals of Victorian gardens once used by townsfolk who lived above their business and who had no gardens to speak of. Here they could escape the crowded town centre and grow flowers, fruit and vegetables and raise the occasional pig or two. The gardens, 34 plots, were originally rented by the shop keepers and tradesmen from the owner. Beginning in the mid-19th century the freeholds for the plots were sold off and often stayed in families for several generations. On most of the plots the “owners” erected sheds made of wood, later replaced with brick, where they could shelter from the inclement weather or just sit and admire the views over the racecourse which lies at the bottom of the slope. It was these buildings which ultimately saved most of the site from demolition and housing development.

In the 1990s the district council was planning to use the site for social housing and a resident’s group managed to save most of the gardens by applying for listed status for four of the old sheds/buildings. This was granted and ultimately just over half the original site was saved and restored by a group of local residents and volunteers. It’s a gorgeous site which is a little oasis of peace and quiet in the midst of a bustling town, a step back in time and place. Marvellous. 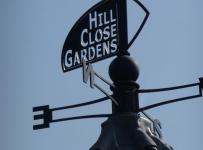 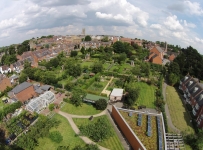 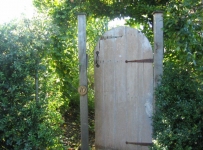 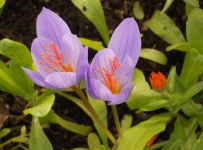 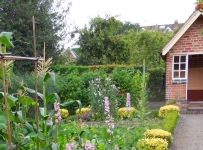 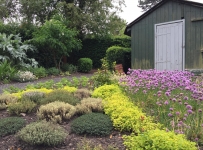 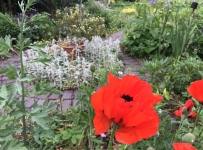 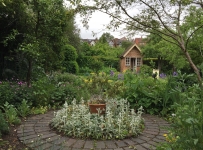 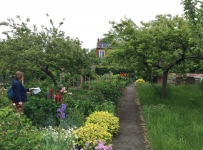 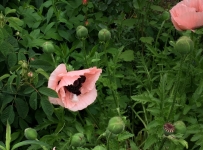 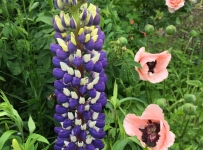 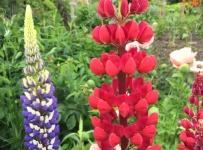 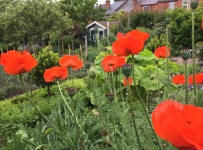 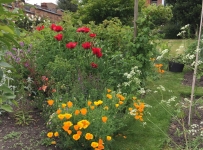 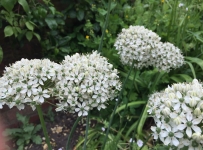 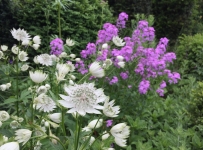 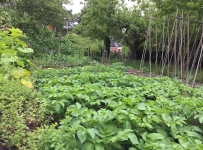 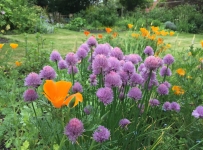 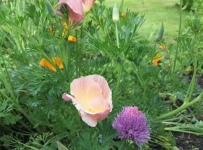 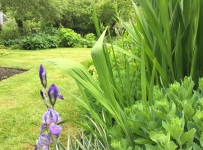 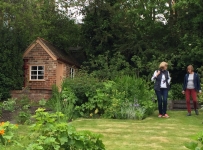 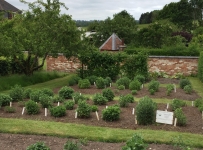 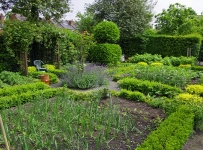 We’re off today for a short break in St Ives, Cornwall with friends Sue & Dave and Sue & Stuart. Indeed, by the time most of you read this we will be on our way! We’ll try our best to have a good time – it’s a tough job but someone has to do it. We’ll fill you in on the details next time.