What a splendidly glorious couple of weeks. The weather has been very acceptable (indeed, more than acceptable), we had a date night and a grand weekend’s “holiday”, the builders are making exciting progress on the new kitchen and Boris the Twat continues to embarrass and humiliate himself all across the country and across Europe.

Thursday before last Penelope and I ventured out on a Date Night courtesy of NT Live and the Pizza Express “Never Pay Full Price” voucher scheme. We’d not been out to an NT Live production for quite some time so it was quite a treat to trot out to see a live stream of Fleabag with Phoebe Waller-Bridge.

My British reader will know that Fleabag started life as a one-woman show at the Edinburgh Festival Fringe in which Waller-Bridge delivered a stand-up routine as an angry, confused, sexually voracious young woman living in London. The show was developed into an award-winning television series where Waller-Bridge played the same character. The NT Live stream last Thursday was a reprise of her Edinburgh show and was outstanding. Very funny and very rude!

The 90 minutes or so just flew by! Sadly, there were only two series of Fleabag on the BBC and no plans to make any more, I don’t think. If you’ve not seen it you can find episodes on You Tube and/or the BBC iPlayer, I imagine.

This last weekend we had an “extra” bonus holiday which was a lot of fun. During the summer we had planned to go to Cornwall for a few days with Adam, Ava and Jessie. Adam had booked this as a Christmas present for all of us. Unfortunately, however, a few days before we were due to go, Adam had an e-mail from the place that had been booked saying that the boiler had packed up and would not be repaired in time for our arrival.

As it happens, this was a blessing in disguise. The owner offered Adam and Ava the compensation of a free week on another date which they were able to enjoy. It happened to be the same week that Penny & I went to St Ives so they went down on their own and met up with a couple of their friends from London and had a great time while we enjoyed ourselves in sunny St Ives. As it happens, the cancellation of the original holiday plans also meant that Penny & I did not need to drive to Cornwall and back twice in the space of a few weeks. Win, win.

On the strength of the cancelled holiday we booked ourselves into the Woburn Forest Center Parcs complex for a long weekend which was very good.

For those who are not aware, (as I was not), Center Parcs was originally a Dutch concept initiated in 1968 by one Piet Derksen who set up a few tents in some woodland and started offering short breaks to staff and customers. The initiative was successful and the tents were soon replaced by bungalows.

In July 1986 the first UK resort was opened at Sherwood Forest, Nottinghamshire and there are now five in the UK and one in Ireland. The one at Woburn is just about an hour away from here so very convenient.

I have to confess, I would never have imagined ourselves at such a place but various folks we know have been and raved about how marvellous it was. Nick, Lucy and Annabelle have been twice (I think) and have enjoyed it so why not, we thought? It has everything – more than 100 activities for young and old – Jessie did ballet on Saturday morning, attended the Wizard Academy on Saturday afternoon and had an encounter with owls on Sunday morning. Just about every other moment was spent in the subtropical swimming paradise which was mightily impressive – a couple of “rivers” flowing at various speeds with appropriate white water down which one could float, a pool with a wave machine which started up every half hour as well as three water slides of various heights, spirals and gravity-defying drops. Jessie loved drifting along the slower of the two rivers and was also keen on the waves in the pool. Lots of eating and drinking establishments as well as 375 acres of woodland, cycle tracks and a very comfortable 3 bedroom bungalow – what’s not to like? 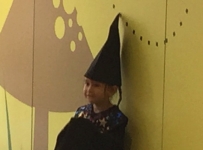 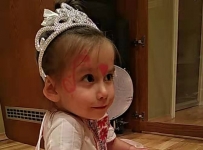 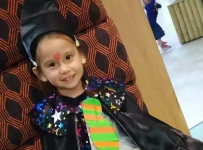 This is clearly a holiday destination which suits young families with young children. Like our group, there were a number with grandparents in tow but the overwhelming majority of our fellow holiday makers were young families with one or two toddlers/pre-schoolers along with an extraordinary number of pregnant women. All in all a splendid weekend.

When we left the Woburn Center Parcs on Monday morning we made our way in a leisurely fashion to the Woburn Safari Park about ten minutes away. We had kept this a “secret” from Jessie and it was a great surprise. Lions and tigers and bears – oh my! As well as the “big” animals i.e., the lions, tigers, bears, elephants and giraffes, Jessie was particularly taken with the snake, lizard and frog display especially these charmingly cute tiny bright orange frogs – another good morning!

It’s always somewhat disconcerting to see these magnificent animals in a captive environment. Woburn was one of the first in this country to create a more “wild” environment for them but they are still captive. Having said that, Woburn is also very much involved in conservation and breeding projects and it is the case that many of these animals are either under threat of extinction or indeed are already extinct in the wild. Does that make it all right?

Big excitement on the building project this week – the first part of the kitchen itself has arrived and we spent much of Tuesday scratching our heads and trying to work out whether we had all the units and drawers we think we should have had. Naturally, the numbers on our list don’t match the product numbers on the various boxes themselves but the builders reckon we’ve got pretty much everything we were expecting with only three exceptions. Fortunately, the missing pieces have not held them up too much.

And speaking of lying politicians, David Cameron has finally published his memoirs of his time as Prime Minister. Astonishingly, he still says he has “no regrets” about calling the Brexit referendum and that it was the “right thing to do.” At the same time, however, he says he worries about the outcome and subsequent chaos every day. I don’t know about you but if I worried every day about the chaos and damage caused by a decision I had taken, I would probably regret having taken that decision. So, while he is willing to admit that his decision has caused disarray and torn the country apart, his arrogance and sense of entitlement prevents him from recognising that calling the referendum, i.e., the cause of all that mayhem, was a mistake. What a plank.

He also confirms my previous assessment of Boris the Twat’s decision to back the Leave campaign in the referendum. Cameron says that Boris expected Leave to lose and only backed it to secure support from the loonier fringes of the Tory party for what he expected to be his quest for the premiership in 2020 (Cameron had already said he would not stand in the next election). Boris’ appearance at the victory celebration the morning after the referendum result said it all – he looked as if his pet dog had been run over in the street as he realised that he was going to be held largely responsible for the sh*tstorm which was about to engulf the country. Now he seems set on a path to out-looney the loonier elements of the Tory party.

Continuing the theme of ignorant and/or dishonest politicians, Sotheby’s is auctioning the following Banksy on 3 October. Experts regard the work, which is 14 feet wide, as the finest Banksy painting ever to appear at auction, and Sotheby’s estimates it will sell for £1.5 million to £2 million pounds ($1.9 million and $2.5 million). So, easily within both Cameron’s and Boris’s price range. The piece was produced in 2009 – how prescient was he to recognise and so accurately capture the sheer uselessness of our current crop of politicians (of all political persuasions)?

So, for a bit of light entertainment, thank goodness for the Ig Nobel prize, the winners of which were recently announced. Among the winning dissertations this year – how much saliva a typical five-year-old produces in one day (half a litre), a study to find which parts of the body are most pleasurable to itch (the ankles), an investigation to determine whether a man’s testicles are both the same temperature, and how wombats produce cube-shaped faeces, a talent, in spite of lots of effort and practice, I’ve yet to master.

If only women would say what they mean!