A good week. A couple of nice, sunny (if a bit chilly) days, a couple of outings, visitors visiting for a visit – what’s not to like?

I was out last Sunday to a rugby match in Northampton with a good friend from the village – the Northampton side against the visitors from Lyons in France. This was the first round of the European Cup and it was a pleasant enough outing. The weather was overcast and chilly but at least we were spared the driving rain of the previous week. The first half of the match was good and quite entertaining; the second half less so – rough and spluttering. But, Northampton won so that’s probably what matters.

On Tuesday Penelope and I trotted off to London to the Royal Academy of Arts where we saw two exhibitions. We’ve been to the RA many times and we’ve enjoyed just about everything we’ve seen there. This time I had an e-mail alerting me to the current exhibitions and I suggested to Ms Playchute that we should become “Friends” with the RA (is that like being Facebook Friends?) so that we could go up as often as possible. Also, becoming a Friend might actually compel us to visit more frequently. We phoned our friends Sue and Stuart who willingly agreed to meet us there and we had a grand time.

The exhibitions we went to see were a massive show of some sculptures from Antony Gormley and an exhibition of self-portraits by the painter Lucian Freud, grandson of Sigmund. I thought they were both terrific. Gormley, for the uninitiated, is the chap behind the Angel of the North and the figures on a beach in Merseyside, Another Place and he sculpts on a massive scale. The RA had to insert a number of steel beams in the ceilings and walls to support the weight of many of the pieces for this show. 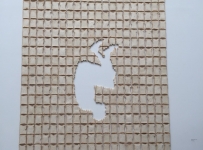 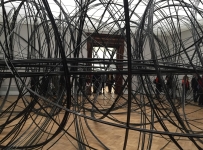 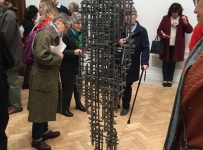 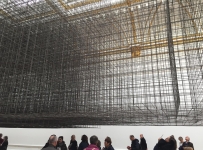 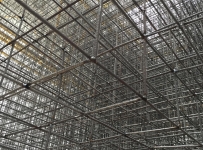 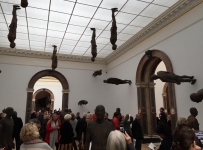 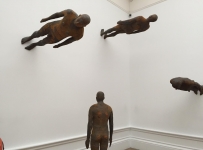 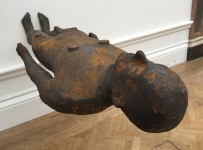 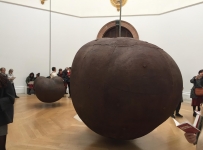 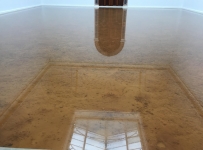 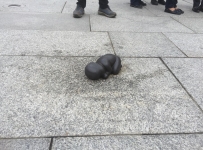 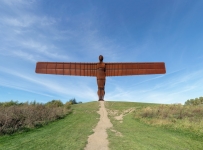 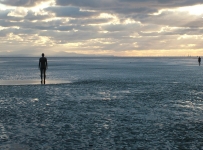 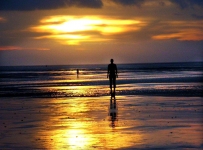 The Freud exhibition was marvellous in an entirely different way, of course. Several dozen self-portraits had been gathered together for this show and it was fascinating to see how his style had evolved over the years. 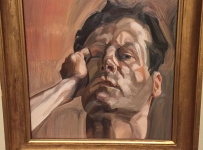 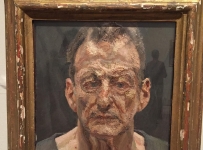 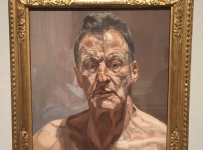 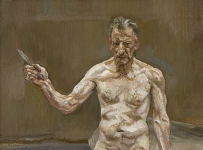 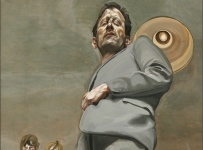 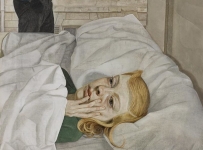 A terrific day out – we shall look forward to many more!

On Thursday evening we entertained our first proper visitor since Adam, Ava and Jessica left – our very good friend Sue Heap, celebrated author and illustrator, came for dinner and was our first overnight guest. She seemed to approve of the improvements in the kitchen and elsewhere.

And then on Friday our good friend Vicky arrived for lunch to give it her seal of approval. It will be really nice once it’s all finished!

Speaking of which we’ve had an absolute avalanche of builders this week, one or two of whom we’ve never met before. I guess they are beginning to realise that they are supposed to be finished by the end of next week – and that’s according to their revised schedule which they drew up in July having failed to meet their initial estimate of “three to four months.” The likelihood of them being finished by then is remote. Remote to the point of being inconceivable. Rather like the three deadlines the UK has missed for exiting the European Union. Still, it was nice to see so many productive souls on hand to provide such a contrast to the very “patient” carpenter we’ve had on site for weeks. We truly can see the light at the end of the tunnel and it is grand when they work at a reasonably brisk pace. I’d just like to know where all these chaps have been for the past ten months!