We hope you all enjoyed a marvellously marvellous Christmas – we did! And, we had a fun-filled, action-packed week beforehand with the unveiling of Penelope’s new kitchen, an outing to Stratford to see a terrific play and someone celebrated a birthday. What could be better?

And, it didn’t rain on Christmas Day (just every other day before and since).

I shared some photos of Penelope’s New Kitchen unveiling last week but, in case you missed it, here they are again. 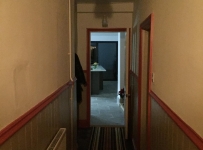 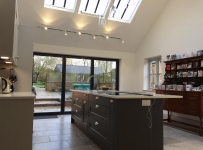 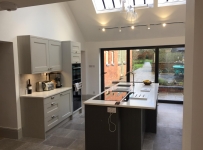 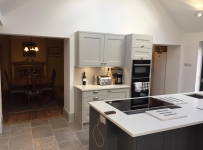 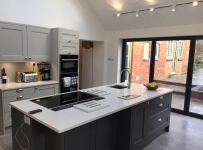 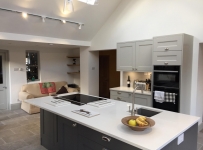 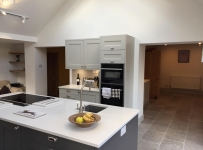 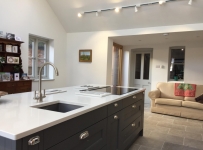 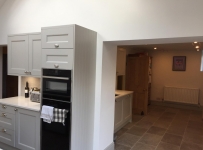 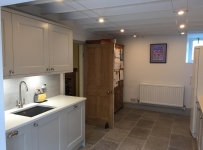 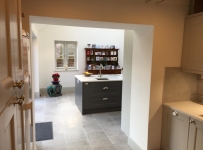 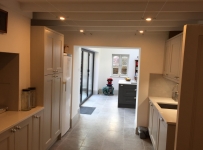 We had arranged for our friends Sue & Stuart and Sue & Dave to come and partake in the first “proper” meal in the new kitchen before an outing to Stratford. They made all the right noises and said all the right things so I guess it’s pretty much OK.

After a late lunch/early dinner we set off for Stratford to see a performance of Shakespeare’s King John which was, I thought, excellent. It’s a play that is not often performed and I do have to confess that the second half (after the intermission) was a bit slow but the rest of it was terrific. Richard the Lionheart is dead and the crown has been assumed by one of his younger brothers, John. However, there are a couple of other contenders to the throne who need to be dealt with to secure John’s claim.

It was full of life and energy and the part of King John is played by a woman, Rosie Sheehy, who was outstanding. Occasionally the fact that “he” was a woman was a bit disconcerting, especially in “his” relationship with “his” loyal courtier Hubert who is given the task of dispatching one of the claimants to the throne, Arthur, the young son of John’s deceased older brother.

It is apparently being broadcast in cinemas in April. I’m not sure how widely it will be available for those of you living abroad but, if you get the opportunity, give it a go. I really enjoyed it.

Sunday was, of course, my birthday! And a splendidly low-key affair it was. I have enjoyed telling everyone who enquires that my special birthday dinner, lovingly prepared by the delightful Ms Playchute, was “left-overs”. Of course, since we’d had guests on Saturday and Ms Playchute had delivered an outstanding meal, the left-overs were just fine, thank you very much.

Christmas Eve was very busy – we had two drinks parties to attend as well as Christmas Carols on the Green with a bonfire and a visit from Father Christmas. Adam, Ava and Jessie came for the night and it was all a very pleasant build-up to the big day.

Christmas morning Penny and I were awake, washed and dressed long before our house guests – wait until the three year old becomes a four or five year old and understands what the heck is going on. Jessie did eventually make her way downstairs proudly clutching the contents of her Christmas stocking and announcing that Santa had come!

Breakfast was followed by a bit of present opening and then, about noon, Nick, Lucy and Annabelle arrived. Annabelle had been given a hover board with which she became very adept, riding at high speeds around the new kitchen. Very impressive. If you’ve not seen it you may be able to have a quick look at the video here.

Christmas Dinner/Lunch was sensational – turkey with all the trimmings for the meat-eaters amongst us, a salmon the size of a small shark for the pescatarians. More presents between lunch and dessert and I do believe everyone had a grand time. There was lots of excitement, lots and lots of food and lots and lots and lots of left-overs. Isn’t that what Christmas is all about? 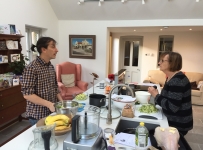 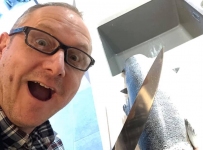 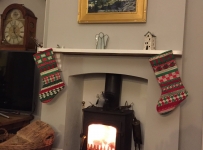 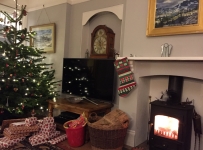 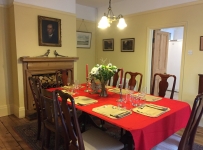 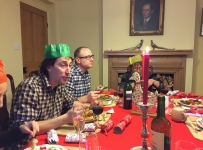 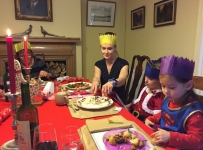 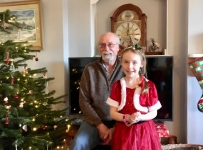 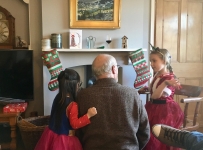 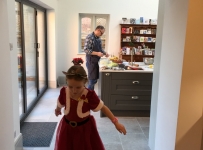 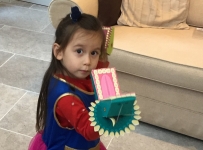 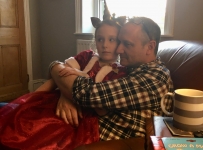 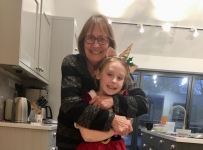 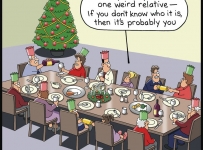 So, all that remains is for me to wish you all a very Happy New Year.