Happy Anniversary! Yes, tomorrow will be the first anniversary of the start of our kitchen extension/renovations. The job that they cheerily said at the outset would take “three to four months.” Having not seen anyone since before Christmas this week we’ve been blessed with the company of Dave the carpenter who’s been ticking off, one by one, the extensive list of tasks which remain to be completed. (BTW, Dave is a very decent and efficient carpenter unlike the very, very, very patient carpenter we were stuck with for the last couple of months). Only another three to four months, I should think!

We took another step in our rehabilitation in the village this week – Penelope prepared a feast on Wednesday for another group of villagers who have entertained us on several occasions over the past year. The new kitchen was much admired and the food, as always, garnered lavish accolades from all. My contribution was minimal as usual.

Thursday was our monthly Moreton Pinkney Film Night which was good fun. The film was The Keeper, the (mainly) true story of Bert Trautman, a German paratrooper captured in World War II and sent to a POW camp in Lancashire. After the war he decided to stay in the UK rather than be repatriated to Germany. He was a talented football (soccer) goal keeper who played firstly for a local side, was spotted by a professional scout and ended up playing for one of the top notch teams, Manchester City, in the 1950s and 60s.

In the 1956 FA Cup Final he had his neck broken when an opposition player clattered into him as he dove for a loose ball in front of the goal. In those days no substitutions were allowed so he played on even though he later admitted that the rest of the match was rather like playing in a fog. He later collapsed and was taken to hospital where an x-ray showed his neck had been broken and he was lucky not to have been killed. After his recovery he went on to play more than 600 matches for Manchester City and is generally reckoned to have been one of, if not the greatest goalkeeper to have ever played the game. The film was quite funny in places while at the same time quite serious – as well as the anger and abuse he endured as a German in the period just after the war, he also clearly suffered from what we would nowadays recognise as PTSD which the film captures really well with fleeting appearances by a young Ukrainian boy who he possibly could have saved.

We were delighted to welcome the return of Penelope’s car complete with new catalytic converter on Wednesday. As you might guess, it’s considerably quieter than it was when it left us and it came back with a five year guarantee on the repair. I did ask how they were proposing to guarantee that it did not get stolen again but the chap who returned it conceded that he didn’t think theft was included. Hey ho, it certainly came back sparklingly clean and tidy but I guess it is quite an expensive way to have your car cleaned.

We had a walk around the Edgcote estate on Tuesday – Penelope is editing this month’s Moreton Pinkney Garden Club newsletter and she wanted some photos of some early Spring flowers with which to illustrate it. Thankfully, we found a few. 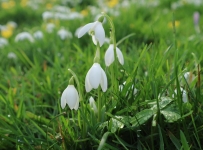 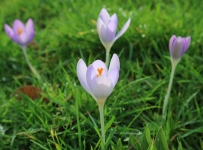 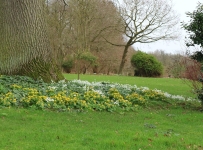 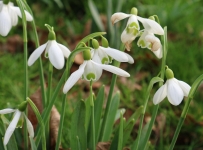 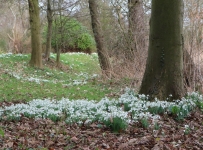 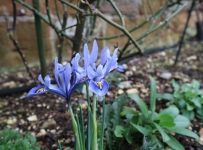 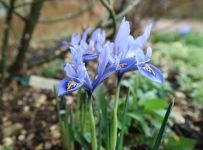 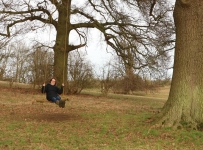 Another cartoon by Andrzej Krauze in the Guardian this week which was very fitting now that we have finally been well and truly Brexited:

And finally, the following video, subtitled The LOLs and the Lows of Brexit, was in the Guardian this week. A couple of highlights to watch out for – the group of young women sunbathing by a swimming pool whose understanding of what Brexit would mean is probably typical of many (Brexit Means Brexit), Theresa May’s repeated assertions that she was not going to call a general election just before she did, her repeated use of meaningless soundbites amongst others.

See what we were up against?