Lock-down, Week 7. Another exceptionally fine week – fine sunny weather with clear blue skies (although we do need rain) and reasonably comfortable temperatures. A bit windy, perhaps (too windy for my liking when it comes to dragging my butt out on the bike) but it calmed down towards the end of the week and I did get one decent ride in.

Our other form of exercise – walking across the fields – led us early in the week to Plumpton Woods, just down Plumpton Lane from here. It’s only about two and a bit miles but we had never ventured that far in that direction before. We went on a lovely sunny day in the hope of spotting some bluebells, which we did.

Plumpton Woods is, unfortunately, not as good a bluebell-spotting environment as our two usual locations, Badby Woods and Everdon Stubbs, both of which are a car ride away. As we are not supposed to be doing such things during lock-down, we accepted the local alternative. And the bluebells were lovely – that lovely deep blue which is a joy to see. It’s just that Plumpton does not have the blanket of bluebells which our preferred locations tend to show. Still, the bonus was that we saw a Muntjac deer, which gambolled off ahead of us and a red fox which similarly beat a retreat when he saw us but a very leisurely trotting escape. We also came across a plastic chair in the middle of the woods and spent the rest of the day wondering how it came to be there and what it is/was used for. 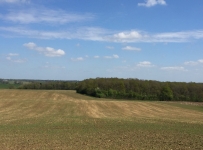 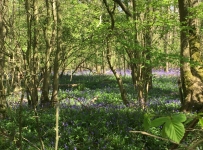 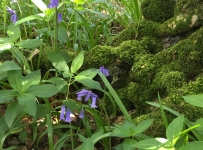 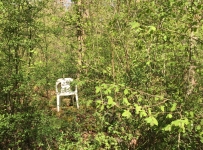 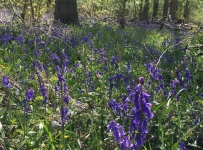 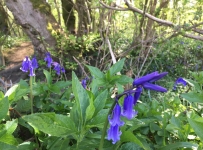 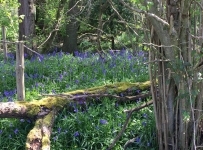 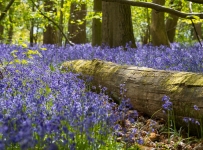 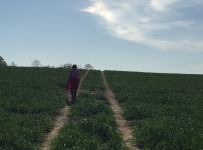 As the week was so windy I have not made much progress on my Land’s End to John o’ Groats expedition. Still, I am almost to Okehampton in Devon on my virtual journey and I did enjoy some wonderfully pleasant sights again. I’m never going to make very good time as I am always stopping and taking photographs! 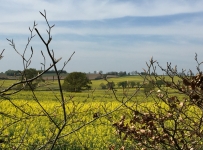 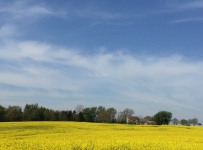 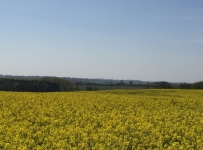 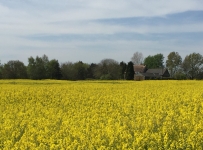 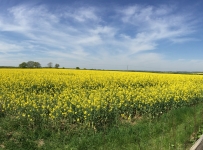 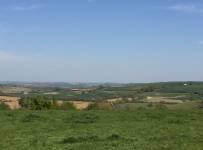 And speaking of photographs, you will never guess who came joint-winner in the Moreton Pinkney Garden Club Spring Competition! Yes, indeed. My photo of Penelope’s woodland garden came joint first in the adult category. It is a bit of a false accomplishment, of course, as I have virtually nothing to do with creating and/or maintaining such a lovely garden. That is all down to Ms Playchute. And, this wasn’t supposed to be a photography competition. I guess the judges were as mesmerised by the idyllic area at the top of the garden as I am!

The government here is coming under increasing flack over their handling of the Coronavirus. Firstly, the Prime Minister was essentially “missing in action” when action might have had a positive impact – he spent two weeks on holiday in Mustique in the New Year and then, after a few days back on the job, took another two weeks holiday in the “grace and favour” mansion he enjoys at Chevening. It turns out he missed five emergency meetings on the pandemic during that period and sat on his hands when he did, finally, become engaged.

The policy of “herd immunity” which the government promoted in the early stages of the pandemic was met with incredulity at the WHO. And, once that was abandoned the government simply failed to get a handle on testing at all.

Once again, a great variety of things to see and do during isolation. The NT at Home production this week was Twelfth Night with Tamsin Greig which is well worth a look. The Globe production was Romeo and Juliet. Grab them while you can.

The Royal Academy had a link to nine virtual exhibition tours to watch online, one of which was an Edward Hopper exhibition from Switzerland.

On those marvellous occasions when Ms Playchute and I have wandered up the garden of an evening to lounge in the hammock, I’ve often thought how splendid it would be to be able to record and share with you the lovely birdsong we enjoy. My technology won’t do it justice. So, how kind of the National Trust to provide exactly the sort of link I would have liked to share.

As was this which someone sent – was it you, J?