Non-Scorcio Maximo! Wild and windy instead!

We’ve had what must be considered to have been a very busy week given the continuing restrictions on all our lives. We were out for a lovely walk early in the week, we joined the Eat Out to Help Out brigade, visited (separately) with two very lovely good friends and put ourselves through the wringer that is the annual village horticultural jamboree. Phew!

On Sunday we decided to go a bit further afield for our “daily” walk – to Broughton Castle and a three and a half mile loop around the estate and the neighbouring villages. We’d done this walk many, many moons ago accompanied by Molly the golden retriever when we still lived in Byfield, I guess. It’s a lovely walk across the fields and countryside before finishing up in the parkland of the Broughton Castle estate. The weather was lovely and clear with bright sunshine although I personally could have done with a bit more breeze and less humidity. Still, a cup of coffee and a slice of walnut and coffee cake in the café afterwards rounded the expedition off nicely.

On Wednesday we met some friends from the gym for our first venture out to participate in the government’s Eat Out to Help Out initiative. The hospitality sector, of course, has been absolutely hammered by the coronavirus. This scheme – 50% off on food and non-alcoholic drinks Monday to Wednesday – has been one of the initiatives that has been moderately beneficial. We went to the Falcon Inn near Warmington which used to be one of our “locals” when we lived in Radway, known in those days as the Wobbly Wheel. They were very efficiently well-organised with social distancing, wait staff wearing full face masks, paper menus only used once, hand sanitiser everywhere, etc., etc. It was a nice change and a splendid opportunity to catch up with friends.

Thursday we set off to meet up with our good friend and former Byfield neighbour Mary who now lives in Rugby. She’s been here many times since we both moved and we’ve been to hers on several occasions. I don’t know the route off by heart so I typed the address into the iPhone and off we went. As we made our way in the general direction I found myself thinking that this didn’t seem quite right – I don’t remember going through this village, etc. Well, for some reason the Satnav guided us to a virtually identical address on the other side of Rugby. Now, one might question why a town would have two addresses virtually the same and one might also wonder why, having guided us door to door so successfully in the past, on this occasion the Satnav decided that we wanted to go to an address on the other side of town.

On Friday we were off again, this time to visit with our dear friend Indrani who recently lost her husband of many years. Indrani was Penny’s Head of English at her first teaching job in Bicester. Indrani and the excellent members of the English department were largely responsible for Penny surviving a diabolical first teaching assignment and she has been a dear and much-loved friend ever since. She and John visited us in Moreton Pinkney not long before lockdown began and his death was a shock to everyone. Because of Covid we were not able to attend the funeral but the service was live-streamed and we were able to be there in spirit which I hope was some comfort to her. It was wonderful to see her albeit under such sad circumstances. Take care of your loved ones and regularly let them know how much you love them – things can change in a heartbeat.

I was finally able to solve the mystery of the new baseball hats the other day. About a week or so ago I received a parcel in the post, addressed to me with no indication of where it was from. I wasn’t expecting any deliveries so I was a bit perplexed as I opened the parcel. Inside were two baseball hats, one with the Boston Red Sox “B” and one for the Los Angeles Rams. Since I knew I hadn’t ordered them I naturally started to try and think of someone who might have done so.

My first reaction was to suspect my dear friend Chip who graciously takes me to Red Sox games in Boston almost every time we visit. I dropped him an e-mail but, “No,” it wasn’t him, although he did think that whomever had done so must be a splendid individual. A few days later we saw Adam and Ava and I asked him if he had perhaps kindly ordered them for me. “Nope,” it wasn’t him either. It wasn’t until a day or so later that I received a text from Nick – had the baseball hats arrived? Mystery solved. And, I have to confess, I really like the red bill on the Red Sox hat in spite of having been a traditionalist and sticking to the customary solid blue all these years. Penelope is also much pleased hoping that I will retire my various tired and grubby hats. Probably not, although they will possibly be relegated to work hats. They’re like old friends.

Yesterday was the 78th annual Moreton Pinkney Horticultural show and, of course, Greg’s Sensational Sourdough was obliged to defend its title. I’ve always joked that I’ve only won the sourdough category for the past three years because no one else entered (it’s true). This time, though, there was bound to be considerably more competition – it seems that everyone has started baking sourdough during lockdown. And, because we were so busy this week I had to bake my entry early in the week and freeze it for the competition – never a recipe for success. So, having got my excuses in early . . .

You will be astonished, surprised, and/or disappointed to learn that Greg’s Sensational Sourdough scooped first prize yet again! And this time there was some competition – one other person entered!

The Lady Penelope scooped a plethora of prizes as well for her fruit and vegetable produce. But, of course, it’s not the winning or losing which counts but rather the taking part. 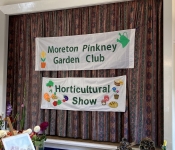 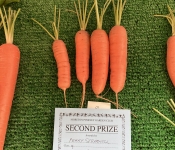 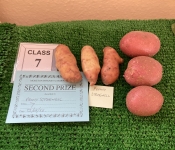 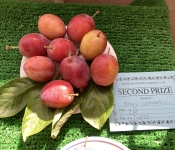 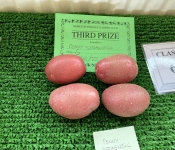 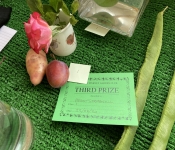 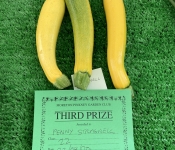 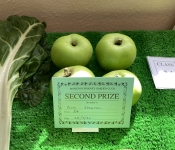 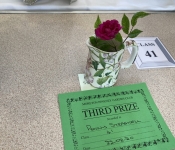 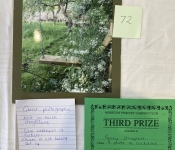 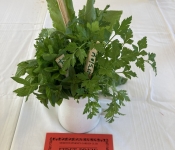 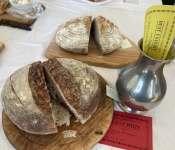 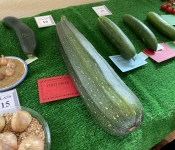 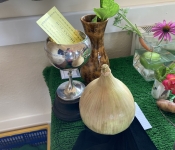 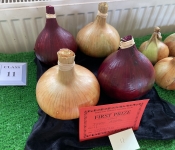 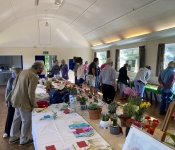 It is becoming redundant to include an article from the “You Couldn’t Make This Stuff Up!” department each week but this week’s shambles I suspect did not get too much press overseas.

About five months ago, when lockdown began, it became clear that children would not be able to sit their end of year examinations – the GCSE, BTEC and A level exams which have a significant impact on a student’s future career path. So, the examination regulator was instructed to come up with a method of awarding grades based on students’ progress up until that point. Teachers were asked to predict grades the students would have received in the examinations and to rank the entire cohort in order. The exam regulator then came up with an algorithm to spit out the grades. So far, so good.

When the grades were announced, however, it became clear that the algorithm had a significant flaw and something approaching 50% of grades were downgraded from teachers’ estimates, some by as much as two grade levels.

OK, teachers can be somewhat optimistic in their estimation and it was important to try and maintain some equivalency with previous years. However, closer examination of the algorithm revealed that grades were adjusted based on a school’s previous performance rather than students’ potential. There was also an element of the algorithm which favoured small cohorts of students. The result was that schools in poorer, more deprived areas had their grades disproportionately downgraded while those schools in more affluent areas and especially the private sector had their grades enhanced. Social engineering at its finest.

Five months to work something out and no one spotted that the algorithm might cause a bit of a fuss? The minister responsible then tried to throw the examinations regulator under the bus by claiming it was entirely their doing. An e-mail exchange alerting him to the potential problems then emerged showing he had known about the issue for weeks. What’s another lie from a Tory minister? After announcing that there would be no change, he then did a screeching U-turn and the results were changed back to teacher assessment following the furore over the weekend. The only reason he is still in his job is presumably because he’s being set up to take the blame for the shit which is going to hit the fan when schools reopen again in September.

No, you really could not make this stuff up!

Finally, Happy Birthday to my father who would have been 97 years old on Wednesday – many happy returns!

Meanwhile, keep happy, keep smiling, keep isolating as much as you can, wear a facemask when you go out and keep your distance. And keep safe.